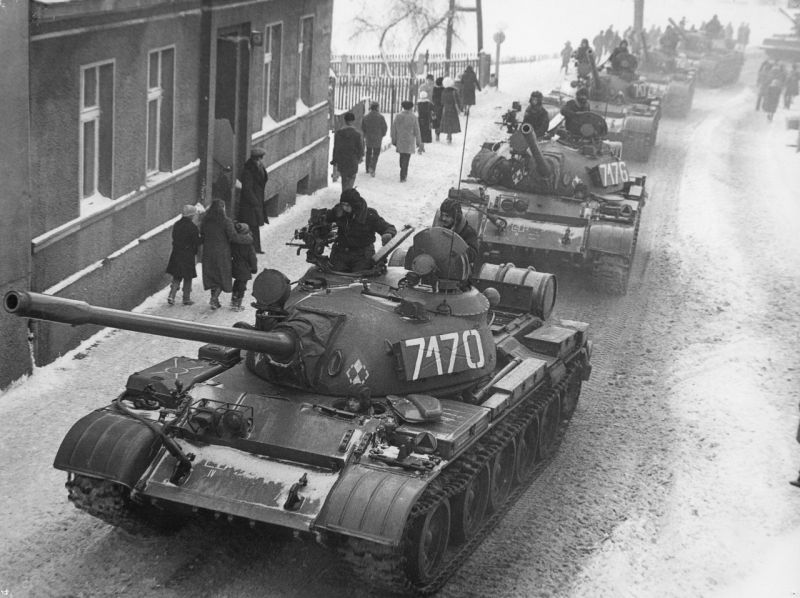 This year will be the 40th anniversary of the imposition of the Martial Law in Poland on December 13, 1981. For all who lived through it, including the Polish News editor, it was a terrible shock. Many people died, thousands of Solidarity activist went to jail, and countless lives were broken. The military coup crushed the first Solidarity movement and pushed the democratic opposition underground for almost a decade before the tables turned and the communist regime fell in Poland and other East European countries.

As memories and people fade away an anniversary research project has been launched to gather first-hand personal accounts. The project asks Solidarity activists and other Martial Law survivors both in America and in Poland to come forward and sit for interviews collecting relations from this dark period of Polish history.

This research project has been started by Nathan Silverstein who is a grandson of Marian Grabiec, a Solidarity activist from Gliwice thrown in jail on that fateful night. Nathan is a student at the University of Texas in Austin, and would like to publish a remembrance book with the eyewitness stories gathered during the project. He is also the president of the UT Polish Club and speaks Polish. Interviews can be conducted in Polish or English, according to the interviewee’s preference.

If you would like to take part in this project please fill in this short form to sign up: http://bit.ly/PLMartialLaw.